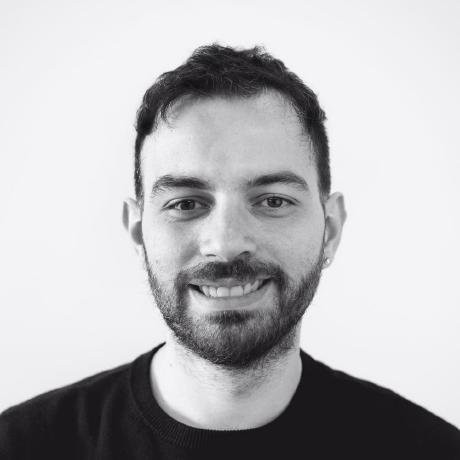 A new syntax for modules in ES6

TC39 - ECMAScript group is finishing the sixth version of the ECMAScript specification. The group schedule points to next June as the release date. By now, no significant differences may appear. It is time to deepen your knowledge into the subject.

This post will not cover the importance of writing modular code. ES6 modules are already well displayed by websites like JavaScript Modules, by far the best reference. The objective here is to clarify and justify the necessities of releasing a new syntax to write modules.

The most famous module formats until now are the AMD, which is the most used by client-side libraries, and the CommonJS that was adopted by platforms like Node.js and transported to browsers with Browserify. Each one has characteristics determined by its environment. For example, the AMD format wraps each module inside a function to scope and allow asynchronous loading of dependencies in browsers. On the other hand, the CommonJS modules implicitly define the scope of a module making it impossible to use this kind of format in browsers without translation.

Libraries are the most affected by this decision. The inconsistency can be normalized using an abstraction that embraces the module code and makes it compatible with more than one format. The project Universal Module Definition (UMD) keeps a collection of this kind of abstractions.

Observing the formats evolution and adoption, the appearance of the UMD project should be interpreted as a unified solution. This is wrong. The UMD project keeps more than ten variations and all of them deflect the module code from its objective: solve the problem that the code is written for. Look at this toy example of the UMD module add2 that has add as dependency:

Write valid code for two module formats (or more) is not a good option. The solution is to analyse the formats to identify which one has more expressiveness power.

The AMD modules encapsulate the code inside a function and it is a kind of harmfulness that doesn't bring expressiveness. Functions are part of another universe of problem solutions. The new specification should consider that each module file has its own scope. Remember that a new language version can change its behaviour. Saying that, there are no reasons to adopt AMD anymore.

CommonJS Modules are more expressive. It is a great advantage to leave aside encapsulation through functions and still be able to indicate which part of the code will be used like this var debug = require('util').debug; or even use: require('util').debug('message on stderr');.

Let's keep considering CommonJS modules and pointing which are their weak points that gradually lead to the adoption of a new syntax.

Networks protocols currently available in browsers penalize performance when several module files are required. Packing all modules in one file to be used in browser is a good practice. This necessity does not exist in platforms like Node.js, that have quick access to the file system.

CommonJS modules do not consider browser environment and another prove is that different modules can't be part of the same file. By the way, Browserify enables the use of CommonJS modules in browsers and allows multiple modules in a single file. This is only possible by making use of functions to encapsulate the code of each module. A problem is that the result is hard to read, look at the file bundler.js.

Nowadays the only way to define scope in Javascript is through functions. As said, a new specification allows changing the language functionality. The module scope definition could be better solved out than in Node.js, which still uses functions under the hood.

CommonJS modules were conceived to require dependencies synchronously. Script execution is blocked while a dependency is loaded. Again, this approach does not bring any inconvenient to Node.js that has quick access to the file system.

Considering network protocol evolution and even thinking on present days, a module format fit to browsers needs to operate by loading async dependencies. For this, modules need to be statically analysed to identify its dependencies before being executed. By this way, it is possible to download dependencies simultaneously and evaluate the module only when dependencies are ready.

The module formats that we have nowadays do not allow static analysis. Using as example the CommonJS module format, its specification points that the require is just a function that accepts a module identifier. Like any other function, its argument might be evaluated in different ways. Analise the code below that suffers influence from the control flow:

I hope that it proves that it is not possible to identify the dependencies in nowadays formats without code execution. Tools like Browserify don't convert modules that have dynamic dependencies for example. That should cause confusion and break production code. Only with a specific syntax to require modules it is possible to prevent that code end up written like these.

ES6 modules bring all the dependency declaration flexibility of the CommonJS modules allowing static analysis of the code:

According to a comment by Yehuda Katz, it is not allowed to write code like if (type == 'me') { import user from 'me'; }. However, the specification doesn't leave apart the possibility to require dynamic dependencies using promises:

CommonJS module format allows exporting code through object properties of an object stored in the exports variable. The result of module evaluation is just an object with properties. The Node.js implementation also allows overwriting the default returned value with others types like functions, look at the foo module example:

The above code should be required like require('foo')() and require('foo').another(). The side-effect of this approach is the addition of properties in the function object defaultFn.

Using the new syntax, it is possible to declare a value to be required as default. In this case, the other exported values doesn't get assigned to properties of defaultFn. The code below is the translation to the new ES6 module syntax:

The ES6 specification also defines a module loader that allows to require different module formats. This loader is outside the bounds of this article. The section The Compilation Pipeline of the ES6 Modules article explains all the features and possibilities of the loader.

I expect that this article has convinced you of the superiority of the new syntax against other module formats. A new syntax adds a toll to learn its use. But in this case, the gain of expressiveness and possibilites compensates for that.